When it comes to socket programming with PHP, nearly all articles are about the Socket Extension, despite it’s the unfriendliest and most cumbersome way to work with Sockets in modern PHP. Let me introduce you to something, which apparently is pretty unknown among PHP programmers — Stream Sockets. 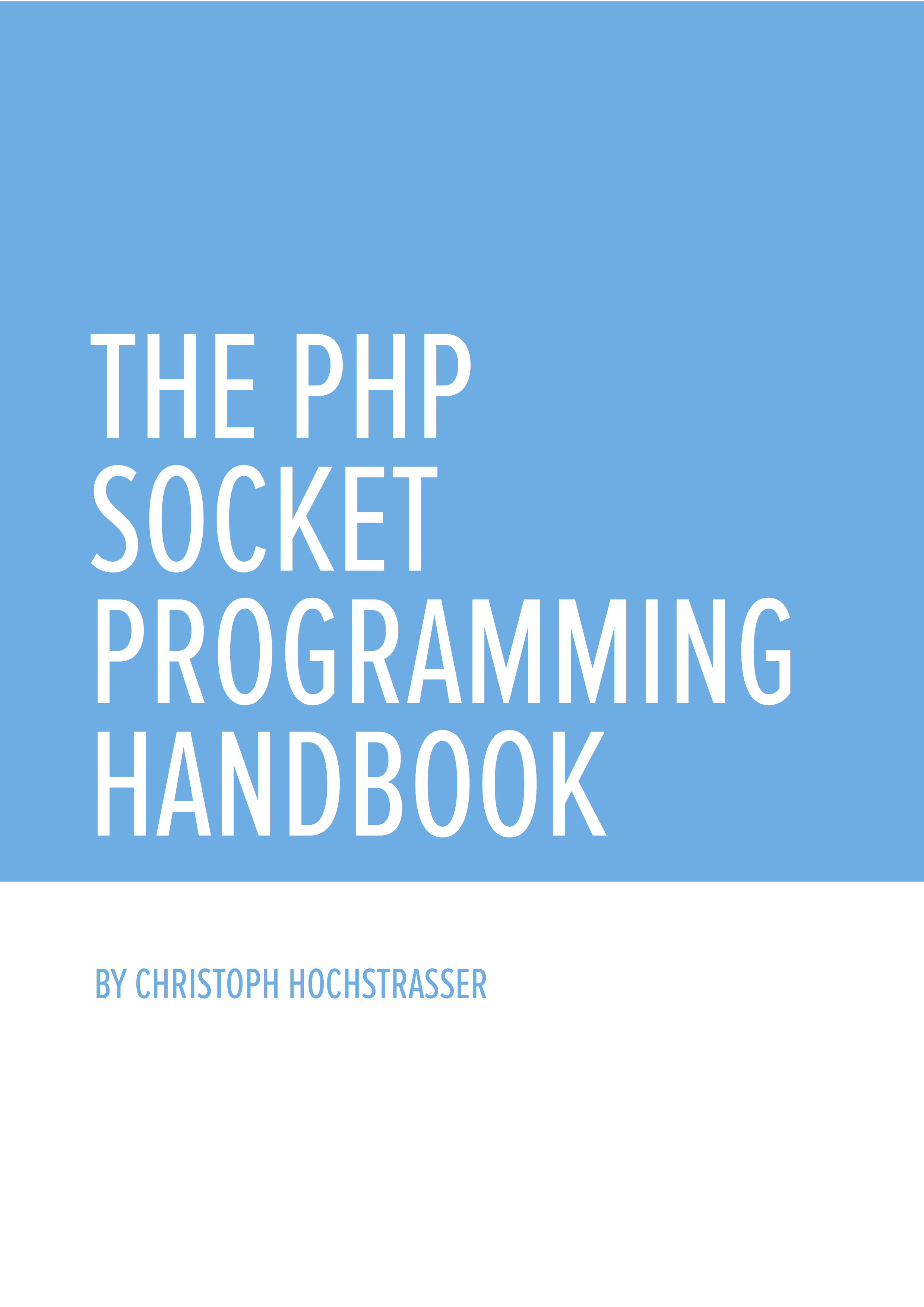 Want a comprehensive guide to PHP socket programming, all in one handy ebook?

Save a couple of hours, support this site, and get the Socket Programming Handbook now starting at just 29€ (that's probably way less than what you make per the hour — and this will save you plenty of hours!).

Get the book now

This article is also available in Serbo-Croatian.

What is a Socket?

These two things uniquely identify a network application on a computer and are called Socket.

If there’s an application bound on port 80, then the operating system forwards the network packet to the application. The application can then accept the connection. This connects to the IP Address and Port Number the client sent with the initial request.

There’s more than one way to do it

Sadly, there are two ways to do Socket programming with PHP:

Connecting to a Server

Connecting to a server is done with the function stream_socket_client. The only mandatory argument is the specification of the socket you want to connect to, and it returns a resource on success or false on error.

The socket specification is in the form of $protocol://$host:$port where protocol is one of the following:

You can read more about the supported socket transports for stream_socket_ functions in the Manual.

Here’s a simple example for making an HTTP request:

Let’s go through this, step by step.

First you need the IP address of the host you want to connect to. This is done with the gethostbyname function.

Socket connections created by stream_socket_client are streams, just like files opened via fopen. This means we can use fwrite to write bytes to the socket and we can use the convenient stream_get_contents function for reading the whole response.

Stream sockets can be closed, just like files, by fclose.

The Stream extension also provides a simple way to make socket servers with the stream_socket_server function.

The function stream_socket_server, again, takes a socket specification as first argument, in the same format as the string passed to stream_socket_client.

Running a server involves at least these things:

When writing a server, you first have to do an “Accept” operation on the server socket. This is done with the stream_socket_accept function. This function blocks until a client connects to the server, or the timeout runs out.

Here is a simple echo server:

You can try this by first starting your script:

Then start another terminal and type this:

Windows users: You can open a telnet connection on 127.0.0.1 and port 1337, type something in and press enter. You should see the same text appear.

Lets walk through this, step by step:

First bind on the tcp socket on address 127.0.0.1 and port 1337. This is the network socket, which can be used by clients to connect to our server. Just like stream_socket_client, two arguments can be passed by reference, which then get filled with the error number and human readable error message.

If an error occured, the function returns false, so we quit here by throwing an exception. It makes no sense to start waiting for connections when we couldn’t register ourselves for the socket.

Using for without statements causes it to loop forever. We need this, because the server should run until we decide to kill it.

stream_socket_accept blocks until a client connects to the socket or the timeout expires. Error suppresssion is intentional here, because this function likes to spit out unnecessary warnings.

The call to stream_socket_accept either returns a connection or null when the timeout expired. So we want only to do something when a client actually connected, which is when the return value was “truthy”.

Functions for connecting/binding to sockets: